Israeli officials flew to Moscow to offer Russian officials evidence that a Russian plane downed off the coast of Syria during an Israeli airstrike earlier this week was not the responsibility of Israel, but of Syria. 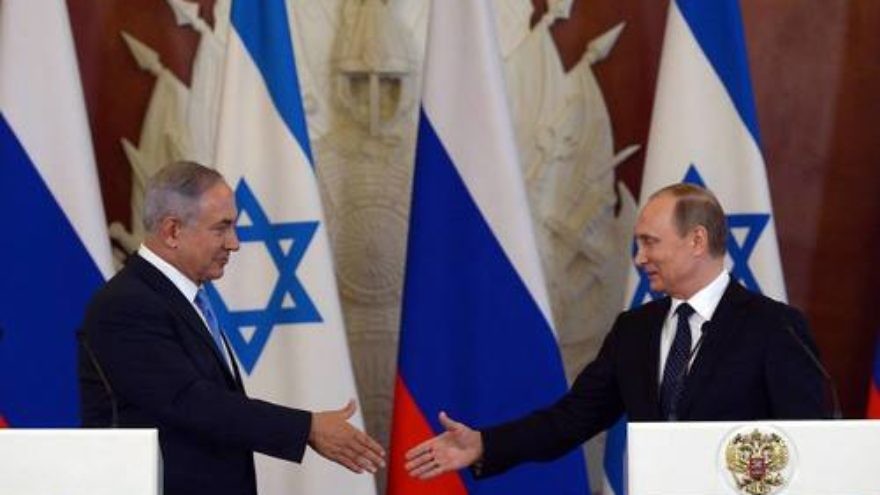 Israeli officials flew to Moscow on Thursday to present Russian officials with facts that a Russian plane downed off the coast of Syria during an Israeli airstrike earlier in the week was not the responsibility of Israel, but of Syria.

On Monday night, the Israel Air Force struck a Syrian weapons facility near the city of Latakia, which Israeli officials say was being used as a weapons clearinghouse for Hezbollah and Iran.

According to Israel, when Syrian military air defenses responded to the airstrike, they failed to hit the Israeli jets, shooting down a Russian Il-20 reconnaissance plane carrying 15 crew members instead.

When the plane was shot, Russia responded with condemnation against Israel, accusing the Jewish state of using its plane for cover without notifying Russian military officials in advance.

Israel responded by acknowledging the attack on Syria—a highly unusual admission by an otherwise tight-lipped IDF.

On Thursday, an Israeli military delegation presented information to Russian counterparts in a high-level meeting to disprove the Russian theory and prove that Syria did not ascertain the absence of Russian military planes prior to attempting to fire on the IAF jets. They also presented information about alleged Iranian efforts to establish a permanent military presence in Syria.

Following the incident, Russian President Vladimir Putin said he did not blame Israel for the downing of the plane, but warned Israeli Prime Minister Benjamin Netanyahu “not to allow such situations in the future.”

Defense Minister Avigdor Lieberman told Army Radio on Thursday that Israel would continue to operate in Syria to fight the buildup of Iranian power, regardless of Russia’s position on the downed aircraft.

“We will do everything, everything that is required, in order to defend the security of Israeli citizens,” said Lieberman. “On this issue, we have no other alternative.”