Society now encourages people to be open about their mental health struggles, but the world remains confused and disgusted by people with severe mental illness. People like me.

Iconic rapper Kanye West, who was diagnosed with bipolar disorder in 2017, shocked, disappointed and enraged many when he expressed his support for President Donald Trump in 2018. Such pronouncements marked the beginning of what would become a somewhat erratic few years for the musician, culminating recently in what is almost assuredly a doomed presidential bid.https://d-14359751772439432555.ampproject.net/2007172306003/frame.html

Throughout his time dabbling in conservative politics, West has made a series of confusing and often offensive statements — recently claiming that venerated freedom fighter Harriet Tubman, a Black woman, “didn’t really free the slaves,” for example — amid what appear to be severe bipolar manic episodes.

The star has since apologized to wife Kim Kardashian West, saying “To Kim, I want to say I know I hurt you. Please forgive me. Thank you for always being there for me.” Kim Kardashian has also asked for compassion for her husband, noting that “those who are close with Kanye know his heart and understand his words sometimes do not align with his intentions.”

But compassion hasn’t been the default response. Kanye West has been heavily mocked and criticized — one person even admitted that she went to one of his campaign rallies only to “check out the circus” — with little understanding of how much bipolar disorder affects your life. (Consider, for example, that the rate of suicide for people with mostly undiagnosed bipolar disorder is 10 to 30 times higher than the rate for the general population.) Much has been done in recent years to “destigmatize mental illness.” But for people who experience anything beyond mild to moderate anxiety, depression or burnout, the stigma seems to remain just as potent.

When I see the world relentlessly make ableist statements about West, I am reminded once more how it is both confused and often disgusted by people with severe mental illness like bipolar disorder — which I was diagnosed with seven years ago — as well as people with schizophrenia, obsessive compulsive disorder, dissociative identity disorder, complex post-traumatic disorder and more.

However, we haven’t yet begun to discuss how to support those who are dealing with hallucinations, who experience different personality states or who experience mania or suicidal ideation.

It’s important to stress that although West may be experiencing bipolar symptoms, he is still accountable. His anti-Black, misogynist commentary is harmful, and he should respond to those criticisms when he is able to. But hyperfocusing on him and demanding a mea culpa while he’s in crisis is harmful. So is dismissing him as a mere bigot or a manipulative person exaggerating his symptoms.

Britney Spears’ struggle with mental health is well documented. But while her illness was initially mocked, it now is often framed sympathetically, likely because it presents as innocuous and nonthreatening. This is often not the case for Black people with severe mental illnesses, who experience more stigma and violence because of how they exist at the intersection of racial marginalization and severe mental illness. Whether we are making offensive statements or not, we are inherently seen as dangerous by many.

Britney Spears’ struggle with mental health is well documented. But while her illness was initially mocked, it now is often framed sympathetically.

This perception of danger often ends in tragedy.https://tpc.googlesyndication.com/safeframe/1-0-37/html/container.html?n=0

Pamela Turner, a Black woman with schizophrenia, was shot and killed by a Texas cop who knew of her condition last year. Before she was killed, Turner begged for her life, telling the officer that she was pregnant, which an autopsy revealed she wasn’t.

Despite the horrifying ableism, racism and misogyny that Turner faced that night, the streets didn’t burn for her. Her story didn’t ignite a movement.

West is obviously more privileged than most severely mentally ill people like Turner, some of whom experience violence or homelessness because of a lack of resources. But his privilege is exactly why it’s important to speak about him with intention. He is arguably the most visible person with a bipolar diagnosis in the world, and what society says about him has the potential to further the stigma against all people with bipolar or other severe mental illness. 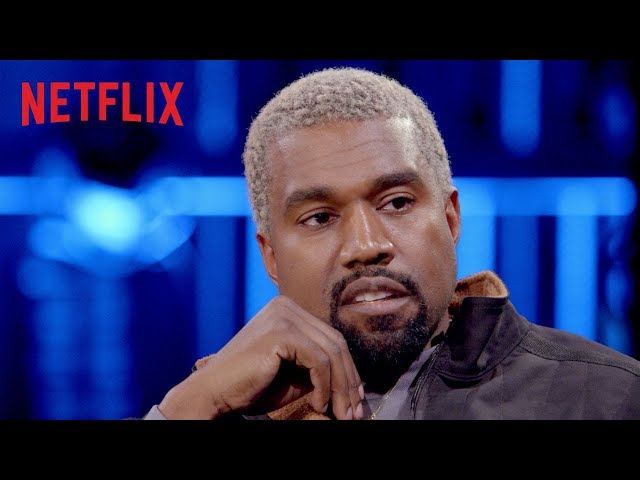 During a conversation with David Letterman in 2018, the rapper addressed this issue directly. Bipolar disorder “is a health issue that has a strong stigma on it, and people are allowed to say anything about it and discriminate in any way,” West told Letterman. “This is like a sprained brain, like having a sprained ankle. And if someone has a sprained ankle, you’re not going to push on him more.”https://tpc.googlesyndication.com/safeframe/1-0-37/html/container.html?n=0

In his own words, during a more stable moment, West told us all exactly why it’s so dangerous for us to heavily and publicly criticize severely mentally ill people when they are in crisis. We’re pushing on them more.

So much of the stigma against those with severe mental illness stems from a lack of education, which is caused by our unwillingness to acknowledge the more painful, confusing parts of mental illness. The public simply doesn’t know enough about how these conditions often cause hallucinations, mania, suicide attempts, delusions and incoherent and rapid speech. As a result, people don’t see these behaviors just as socially unacceptable, but sometimes as dangerous or even immoral.

And when we are introduced to these conditions and behaviors, it’s often through the extremely unforgiving and fetishizing filter of fame and media. Think of the sensationalized way Spears’ mental health crisis was initially covered in 2007 and 2008.

Pop culture doesn’t help. In movies, people with severe mental illnesses are treated as a horror trope. The murderous Norman Bates from “Psycho” (1960) is a sensationalized portrayal of antisocial personality disorder — more derogatory terms for the condition are “psychopath” or “sociopath” — and dissociative identity disorder. In “Split” (2016), the similarly terrifying main character, James McAvoy, has 23 different personality states.https://tpc.googlesyndication.com/safeframe/1-0-37/html/container.html?n=0

In Showtime’s TV series “Shameless” (2011-present), a bipolar woman (Monica Gallagher) is portrayed as an irredeemably bad mother. Meanwhile, her husband, Frank, is shown far more care and forgiveness, even though he puts his children through infinitely more danger. The further back you go, the worse the depictions get. In the lauded, Oscar-winning “Girl, Interrupted” (1999), Winona Ryder’s character is flat-out told that she is “making herself crazy,” furthering the gendered stigma that people with borderline personality disorder are hysterical, intentionally manipulative and entitled.

When we insist that offensive behavior like West’s has nothing to do with mental illness, we further push some people with Cluster B illnesses to the margins.

When people are introduced to severe mental illness through such public, sensationalized and ableist ways, it’s no wonder the reaction is so negative. And when we insist that offensive behavior like West’s has nothing to do with mental illness, we further push some people with Cluster B illnesses to the margins. Those conditions, like narcissistic personality disorder and antisocial personality disorder, can include symptoms like manipulation, trouble discerning from right and wrong or problems feeling empathy.

However, sometimes even other severely mentally ill people or mental health advocates may not feel comfortable acknowledging the realities of the harm these illnesses can cause. Part of this might be because of the fear we’ve inherited from portrayals of these disorders, which often include extremes like murder. It can feel as though, by discussing these disorders honestly, we are ourselves perpetuating the stigma. But in truth, it is by erasing these disorders that we are perpetuating the stigma.